Detroit-based Airspace Link has positioned itself as a provider of increasingly important infrastructure in the burgeoning drone services space, letting operators get local and federal approval quickly. With $23 million in new backing, the company now plans to take its platform to other countries looking to get their drone industries off the ground.

The company’s main offering is an online service that helps anyone working with UAVs to get FAA permission to fly by showing the necessary safety protocols are in place. This process, like any form of red tape, is especially difficult for startups and individuals to manage, and even large companies with compliance teams would like it to be easier.

“The drone industry for beyond line of sight, things like food delivery, have been held back by this,” said CEO Michael Healander. “We all know drones can do these things, but integration in the national infrastructure isn’t there. Operators are building their own systems to prove they have radar and surveillance systems, to calculate the probability of crashing on people, on critical infrastructure … you have to build a safety case to the FAA.”

Airspace Link partially automates this process, tracking ground-based infrastructure like radar coverage, notable other flights and assets in the area, and so on.

“Our goal is to tell the operator, ‘there’s a crop duster coming into your area, so stand down, and here’s a place to land,’” Healander said. But unlike other companies marketing their services as software for drone pilots, Airspace Link is positioning itself as an infrastructure provider at the state and local level.

“Municipalities are white-labelling the Airspace Link platform and saying, ‘That’s Michigan’s system.’ You’re not proving your safety case to the FAA there — the state is providing that service,” he explained. For a fee, of course, but it’s a convenience fee, not charging for use of the airspace — if you want to do your own paperwork, you can. CFO Bill Johnson thinks local governments are looking for a way to turn this from a line item into a revenue generator.

“Similar to how roads are used — we’re enabling economic activity in that region, we’re enabling partners and technological advancement. Everybody stands to benefit from this advance in the ecosystem,” he said.

This will likely only increase as FAA regulations continue to clamp down on drone operations, in particular a mandate beginning in September (with fines starting a year later) that all drones broadcast their location. That’s something that promises a lot of incoming for service providers in the sector, and it’s part of why the company is raising money. 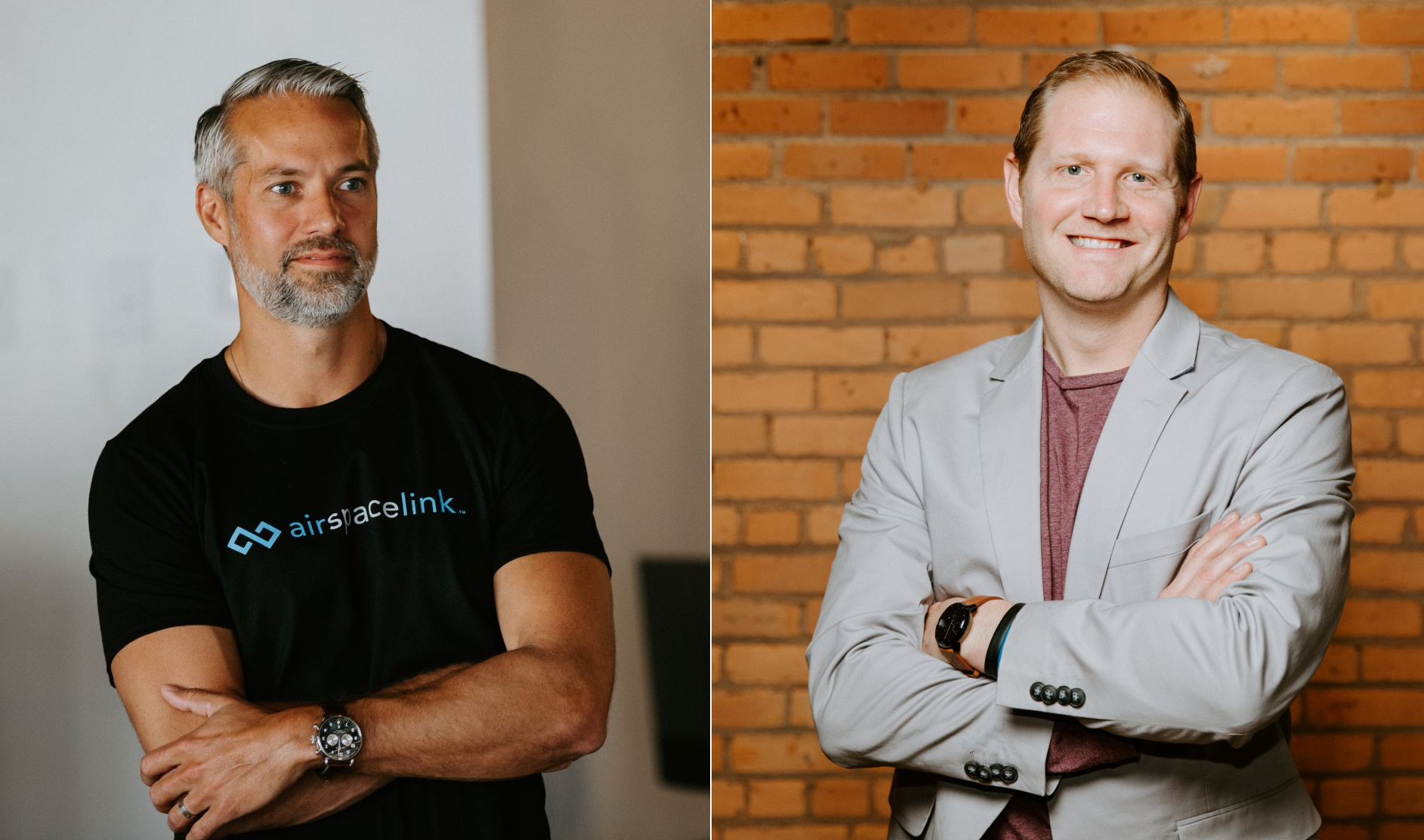 “The reason we’re stepping on the gas is, over the next four years it’s a little bit of a land grab. And we’re trying to do it before people figure out how we’re doing it,” Healander said. Which is to say, building themselves into the government pipeline as infrastructure rather than selling to individuals and companies.

“We’re going to pour the gasoline on a few areas for expansion here in the U.S., but global expansion is the main reason we pulled the capital up. Multiple countries want things like this and drone companies are going global too,” he continued.

As an example he suggested the UAE, where after years of lax drone regulations the country suddenly forbade all drone operations a few months ago pending new policies. Emulating the FAA (which has overseen the most drone research and commerce) and companies like Airspace Link is the easiest and quickest path forward for these nations, which like any state or city want to explore the possibilities of UAV services.

Airspace Link is partnering with Thales, a global airspace monitoring company, and ESRI, the location data giant, to make sure they can roll out a product in places like Dubai, which despite the demand they represent, are not simple to adapt and localize a product to.

The $23.1 million B round was led by Avanta Ventures, the VC arm of CSAA Insurance Group — representing another category with an interest in easing red tape and quantifying risk. Ultimately something like Airspace Link could be a contributor or requirement for insurance policies. The round also included investments from Morningside, Caprock, Altos Ventures, Indicator Ventures, 2048 Ventures, Detroit Venture Partners and Thales Group.

The company is hiring fast, nearing 50 employees now, and expects to grow even faster as it pursues the next phase of its ambitions. “If we’re going to go global, we’re gonna have to build a global team,” said Healander.